What’s Behind a Flower Name? 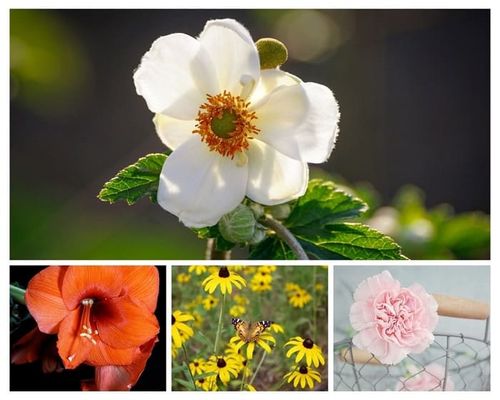 How well do you know your favorite flower? Aside from being able to spot them quickly in a garden, knowing their colors, seasonal availability, and care requirement, are you also familiar with the origin of their name? Now’s the time to get to know them further. By understanding the history, origin, and story behind a bloom’s scientific or common name, you’ll gain a deeper sense of appreciation of the wonder of florals.  Read on and be surprised by the fascinating origins of 15 popular flowers.

Amaryllis. This flowering plant was named by Carl Linnaeus, the Father of Modern Taxonomy, as amaryllis in the late 1700s. Amaryllis is derived from the Greek verb amarysso which means to sparkle or shine.

Anemone. Known as windflower, the name anemone is derived from the Greek word anemoi which in English means “winds.”  Notice how the blooms of anemone appear like it is being blown open by the wind.

Black Eyed Susan. The scientific name of Black-Eyed Susan is Rudbeckia hirta. The common name Black-Eyed Susan is said to be derived from a British poem of the same name written by John Gay. The black center or the “eye” of this attractive flower also manifest the “black-eyed” reference.

Carnation. This flower’s name is believed to come from the Latin word corona-ae or crown, wreath, garland in English. Carnations are the flower of choice in Greek ceremonial crowns. 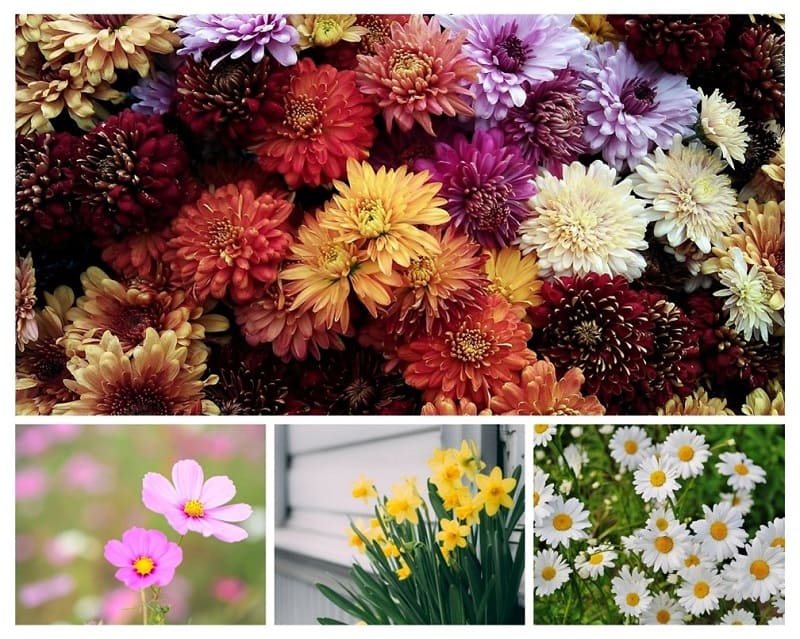 Chrysanthemum. From the Greek chryos which means gold and anthemom which means flower. Early depictions of this bloom show golden yellow daisy-like blossoms.

Cosmos.  Notice the evenly placed petals of this flower? That’s the reason why they were named cosmos. Spanish priests who grew them on their missions abroad took notice of the stately look and orderly appearance of this flower. Hence, they were given the name “cosmos” which is a word we know to mean as harmonious universe.

Daffodil. This flower’s Latin name is Narcissus believed to be from Greek Mythology. Narcissus is a handsome young man who fell in love with his own reflection in the lake. Just like in the myth, this flower’s head tends to bend as if looking down.

Daisy. Notice how vibrant daisies can instantly make your day sunnier and brighter? Their name comes from the Old English word dægesēage which means “day’s eye.” 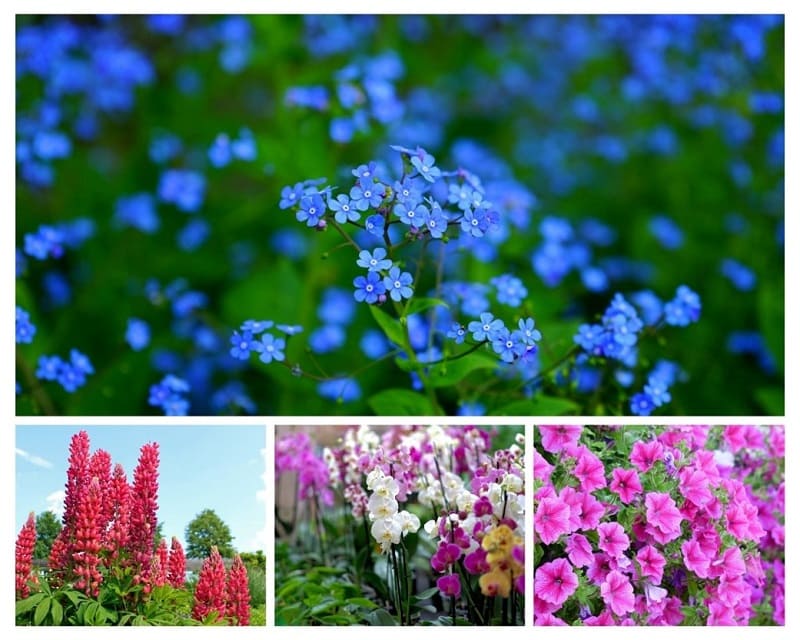 Lupines. Part of the pea family, this tall and spiky flower has its name derived from the Latin word lupus meaning wolf. Why is it named after a wolf? It is believed that this plant ravenously exhausts the fertility of the soil where it is planted. Also, lupine is poisonous, and people thought both the wolf and this plant killed livestock.

Orchid. This elegant flower’s name comes from the Ancient Greek orchis which literally means testicle denoting the testes-like shape of an orchid’s root.

Petunia. This flower’s name came from the French word petun which means tobacco. Petunia is part of the Solanaceae family which also includes the subfamily Nicotianoideae of tobacco. 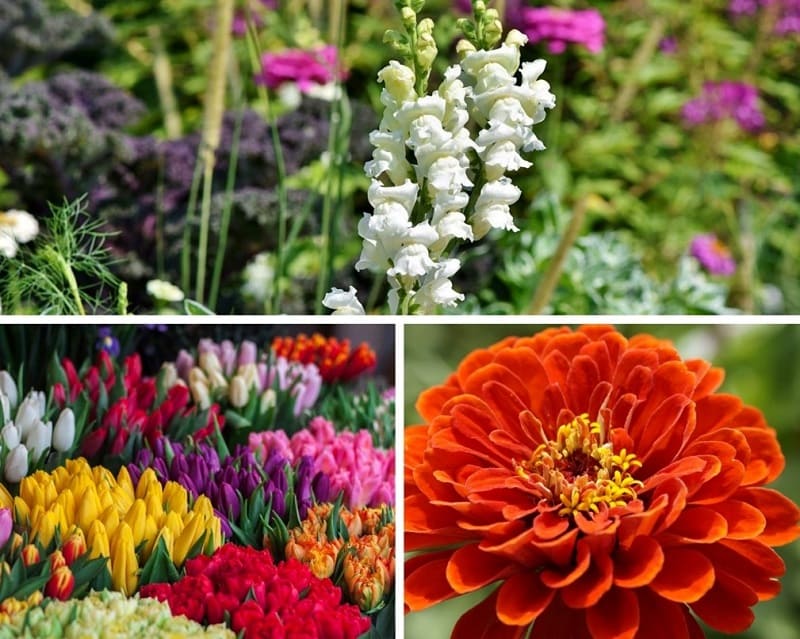 Snapdragon. Squeeze this flower from the sides and you’ll see why it got a peculiar name. When the flowers’ throats are squeezed, its “mouth” snaps open similar to a dragon’s mouth. Hence, its name, snapdragon.

Tulip. Nope, not a Dutch flower as most of us believe. Tulip, or Laleh in Persian, is a beautiful blossom indigenous to Afghanistan, Iran, and some parts of Central Asia. Its name comes from the Turkish word tülbent which was based on the Persian dulband or turban. As you can see, a tulip resembles a turban or the headwear worn throughout Middle east. Shop Tulips.

Zinnia. – This flower was named after Johann Gottfried Zinn who a professor of Botany. He was the one who provided the first written description of this flower.